We chose Toulouse as a stop mainly because it was roughly 1/3rd of the way from San Sebastián to the Alps, but also because it had decent flight connections from the UK so we could have visitors.

Grandad Geary was supposed to come and stay with us for a few days, but never actually got any further than Manchester Airport. They thought they’d found something suspicious in someone’s hold baggage, so the entire terminal was evacuated while they blew it up. Unfortunately Dad’s flight was due to go around this time, so when they were eventually allowed back in the terminal, it just showed an ominous “delayed”. 6 hours later they finally cancelled the flight, allowing him to leave the very overcrowded airport. Unfortunately there weren’t any other flights that would work for the duration we were in Toulouse, so Evelyn missed out on some very looked forward to grandad cuddles.

While there is a lot to explore in the region, having mega drives on either side of our stay here meant we weren’t keen to venture too far. We had a day out in Toulouse, but then spent the other couple of days having some much needed chill out time by the pool. Simon even managed to fit in a bike ride.

It’s fair to say we were underwhelmed by Toulouse. It’s nicknamed La Ville Rose, or The Pink City, but on this grey day the reddy-pink brick buildings had somewhat lost their charm. There also wasn’t really that much to do. 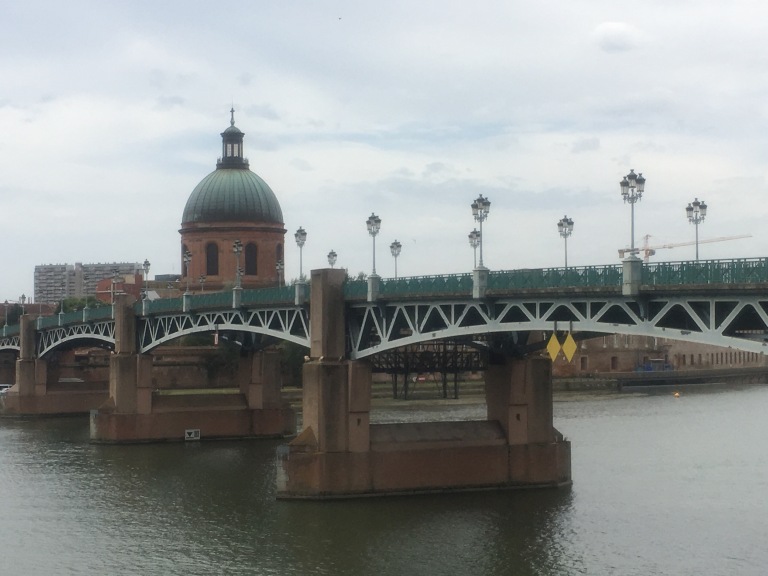 We wandered down the river front, taking in the Pont Neuf bridge and the Basilique Norte-Dame de la Daurade (ripping off the sights of Paris it appears!). We passed the quite scabby start of the Canal du Midi, not nearly as stunning as the postcards of the main stretch make out.

We popped in to Le Bazacle for want of anything better to do and it was actually quite interesting. It’s an EDF hydroelectric plant, but has a huge and beautifully designed visitors centre, just a shame the information was only in French. It covered the topography and water sources of the region as well as how they make the electricity, with plenty of interactive exhibits.

We wandered past the Basilique du Saint-Sernin, in to the old town for lunch, passing through the main town square, the Place du Capitole. Le Capitole building spans the length of the square and houses the theatre and town hall, while an arcade on the other side holds the cafes and restaurants whose tables fill the square. The ceiling of the arcade is covered with paintings depicting the city’s history. 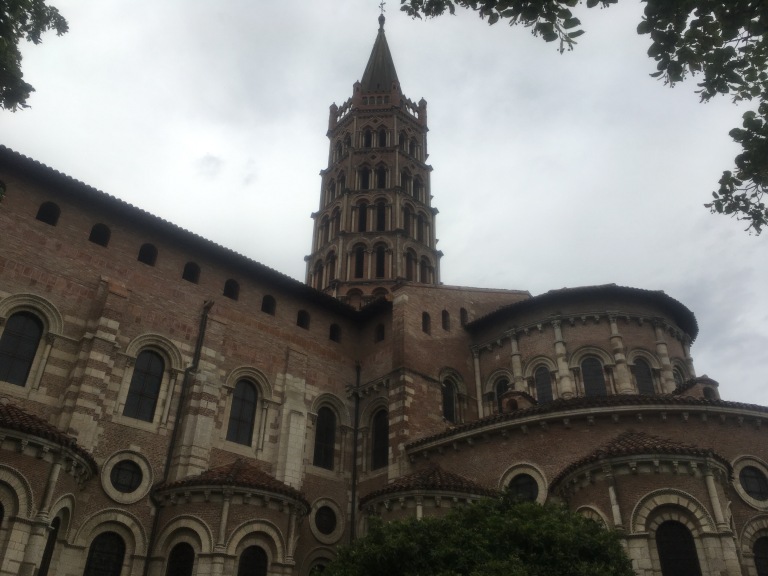 And that was pretty much it. When we heard that Grandad Geary wouldn’t be making it, we decided to cut this stop short by a day to have extra time to fit in a bit more around Avignon, including Simon attempting to cycle up Mont Ventoux, and we’re glad we did.

At least we were refreshed and well rested for the journey on to the next stop.

This is a text widget. The Text Widget allows you to add text or HTML to your sidebar. You can use a text widget to display text, links, images, HTML, or a combination of these. Edit them in the Widget section of the Customizer.
%d bloggers like this: