Travelling time and trips to the garage meant we only had a couple of days in SdC, of which we only spent one sight seeing, and hung out by the pool for the second. Unless you’re really interested in religious history, a day is more than enough to wander around the main sights.

Apparently SdC has its own microclimate and it rains there far more than the rest of the region, and it didn’t disappoint in the day we were there. Although as some sort of consolation prize, apparently the granite buildings look more spectacular when damp. Luckily we just had light showers so got the best of both worlds.

After a far larger than anticipated lunch, we explored the town. The main draw is obviously the cathedral with its stunning facade, and in fitting with our previous blog post, was broken. Well, not broken as such, but covered in scaffolding and netting for refurbishment, somewhat detracting from its splendour. The rest old town is mostly pedestrianised and was lovely just to wander around and absorb.

More wandering took us to the beautiful Parque de la Alameda, full of cooling tree lined walkways, sculptures and amazing views. A good place to stop for a feed (Evelyn) and a nap (daddy). 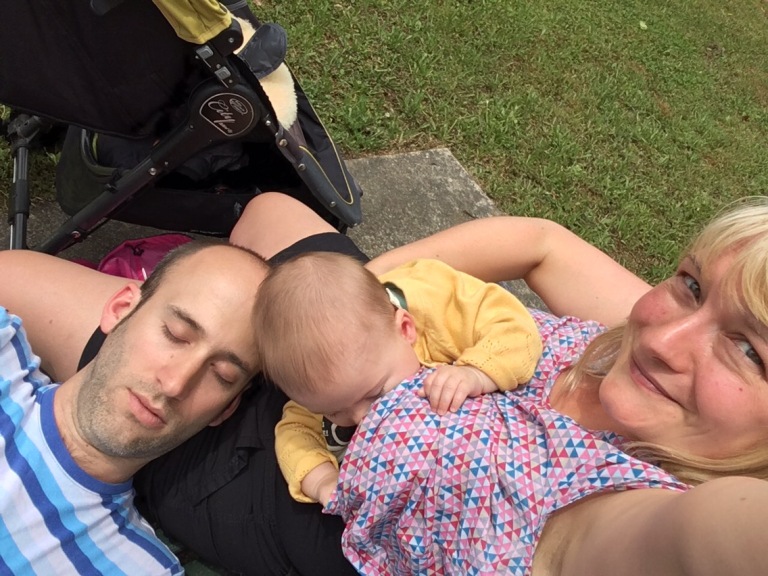 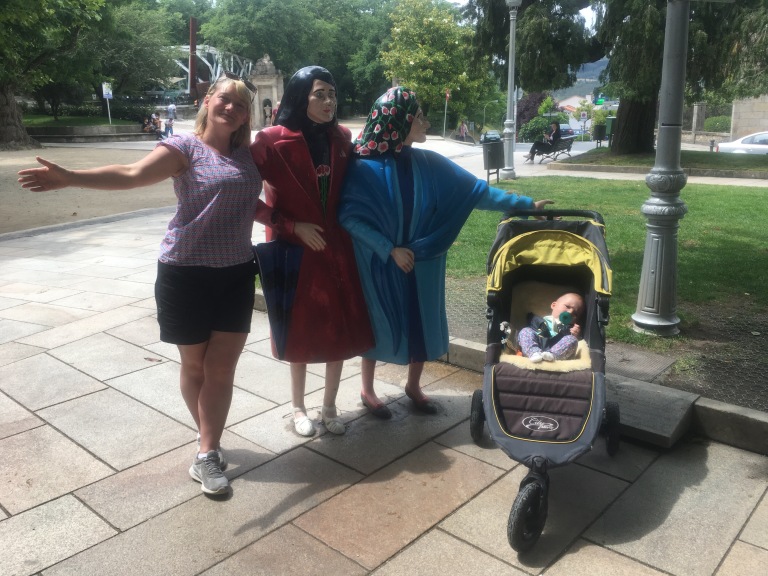 Having seen what we wanted to see, and not wanting to venture too far with the car, we decided the following day would be a lazy day and made the most of the sunshine by the campsite pool. Simon was hoping to get E swimming, but the pool was unheated and freezing cold. I refused to get in it and she did too, but her protestations were considerably louder than mine. Still tag teaming Evelyn-entertainment duties meant we got to catch up on some reading and napping. Lush. 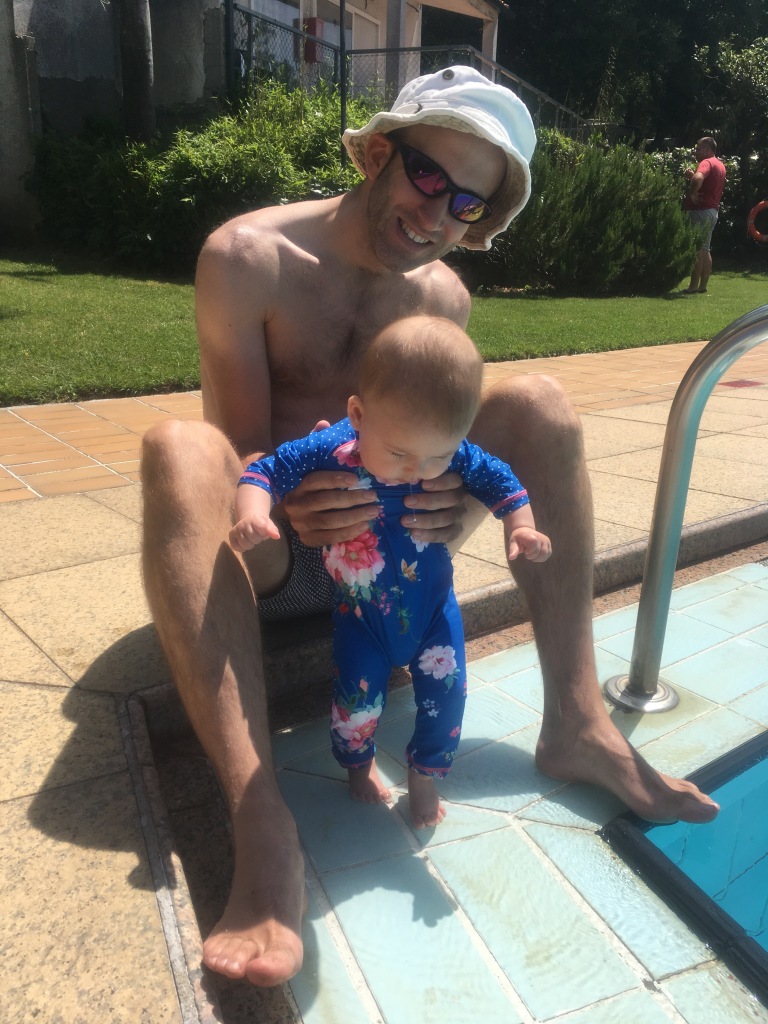 This campsite was the coziest (read cramped) campsite we’ve stayed in so far. The dense trees naturally made the pitches in between them quite tight, and being the only campsite in town meant it was popular. Perhaps for this reason, or perhaps because we were right next to the thoroughfare of the toilet block, it was the only campsite to date where we’ve had much interaction with other residents. Having a baby certainly helped, with nearly everyone waving to her or coming over for a cheek squeeze on the way past.

We had bonkers italian neighbours for a couple of nights, who insisted on speaking to us at length despite neither of us speaking the others language and who woke E up from her naps with hugely stereotypical rows and door slamming. And I was perversely relieved when another child could be heard having a far bigger meltdown than E had managed. As long as it’s not yours eh?!

We also managed to pick up a few tips for our travels too, including a festival in Rioja that’s on at the same time we’ll be there, result.